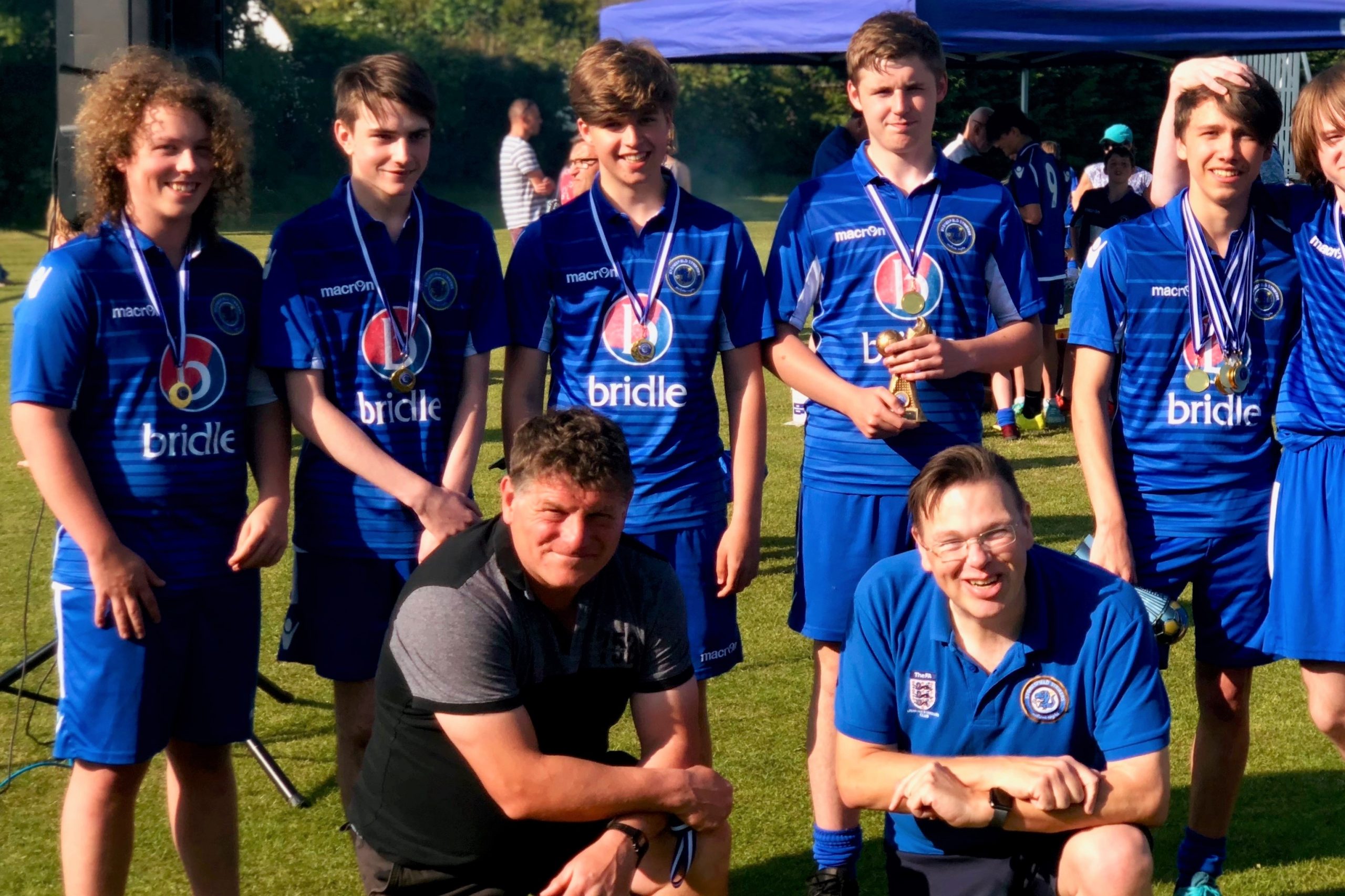 The following relates to the new Mickey Lewis Memorial Fund. It is part of a joined-up effort to help raise funds to protect Suzanne and Zach's future. The campaign is being led and supported by representatives from Stonesfield Strikers, Oxford City, Oxford United and Oxford University (but see the full list of names at the end of the message).

Show your support by going to this link https://gofund.me/95aad6fd

The family and friends of Mickey Lewis have been overwhelmed by the outpouring of love and support for him since the announcement of his death this weekend. It was not just that Mickey was only 56 when he died that led to such an emotional reaction it was the fact that whoever he met, whatever his role was in football, he made time for everyone. Mickey was a one off. Genuine, kind, a brilliant coach and a someone whose enthusiasm lit up any room.

His legacy will be huge: Mickey is not only a legend at both Oxford clubs, Oxford City and Oxford United, he also played for Derby County and West Brom.  He has coached hundreds of aspiring footballers at clubs all across Oxfordshire including Stonesfield Strikers, as well as his current role as Head Coach of the Velocity Football Programme at Oxford City. Mickey has also coached the Oxford University Men’s teams for almost 20 years.

But it wasn’t only Mickey that everyone loved.  He leaves behind his beloved wife Suzanne and young son Zach who now need our support and we know the football family will come together and help them at this time. So many people have asked how they can help, so this official GoFundMe page has been set up and any money will be used to protect Suzanne and Zach’s future. Suzanne and Zach especially thank everyone for their support, and it is a comfort to them at this difficult time to see the love for Mickey in the football world and beyond.

As well as this GoFundMe page there has already been discussion about various other initiatives that will demonstrate the love that is out there for Mickey and to create a lasting legacy in his name.  An obvious suggestion is to hold a game in Mickey’s honour and a provisional committee has been set up and further details will be announced in due course.  This is something that we think will take place next season once lockdown is over, in which former teammates, colleagues, friends, family and those he coached can come together to celebrate Mickey’s remarkable life in front of what we expect will be a full house.

RIP Mickey.  We love you always.